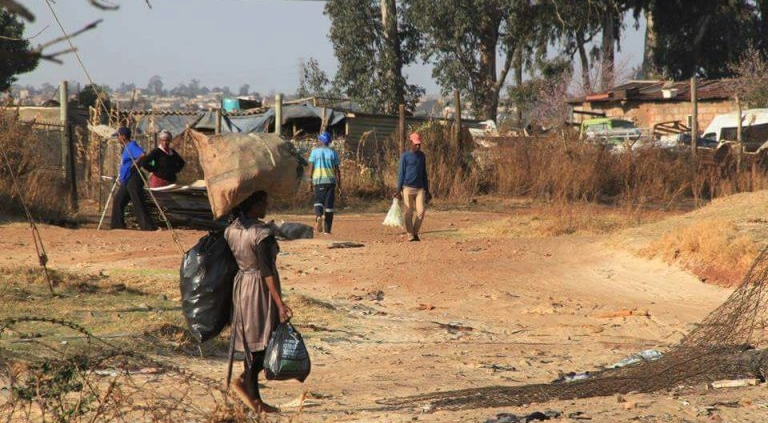 Living in a community that is contaminated by mine waste radioactivity is not easy for the people of Thulani Snake park informal settlement in Soweto. People around the area are now making a living as waste pickers to survive. They do not have electricity so recycling helps them to get money to buy paraffin and food. It is really hard especially for women to wake up early in the morning and walk a distance pushing a trolley to get recycling items like tins, plastic bottles, and other recycling items. They say when they go to suburban areas they are humiliated by some residents and some call them derogatory names such as “bomalala pipes” while  security guards also chase them away.

Despite, the ill -treatment, they don’t get enough money from the items because the scrap yard does not pay much especially when the scale is small.

Waste picking has become their source of livelihood. Some of the waste pickers around the area are drug addicts, who use the returns from selling scrap to feed their hunger for drugs. Women waste pickers are now intimidated by these ‘nyaope’ boys and have expressed the need for the police to protect them.

The community has also called on the government to formulate policies that will ensure that they are recognized and stop the municipality from privatizing the recycling sector.

Nyaope or whoonga is a street drug that has allegedly come into widespread use in South Africa since 2010. 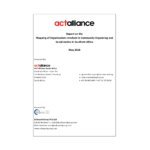 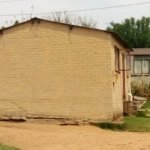 Coal Mining Threatens the Community of Vosman
Scroll to top