CA in South Africa is again involved in 16 Days of Activism confronting Gender Based Violence (GBV) in the country – through our emerging joint ACT Ubumbano Solidarity Hub work.

We focus on 2 key solidarity activities this year to empower communities to take forward the justice struggles against GBV (prophetic voice in action) far beyond the 16 days – watch this yammer space for updates in the new year:

The intergenerational dialogues within a faith space have the aim of creating safe space for dialogue between younger and older women (especially linking those below 24 with those above 65 – both groups experiencing GBV) and develop concrete solidarity and networking plans for different communities and groups involved involving church leaders and various communities and community-based social movements. While individual church leaders have spoken out on GBV, this initiative hopes to advance a collective ecumenical voice to amplify voices from grassroots social struggles.

The community-based GBV protection system is a pilot for using the well-respected community advice office network as a catalyst to shift the focus of GBV approach at community level from response and support to protection, where communities become agents of their own protection, by involving varied actors: churches, local police, migrant women, community savings clubs and local CBOs.

This responds to a major challenge in South Africa that GBV plans often remain national policy documents without filtering to other levels, particularly communities. These can then in turn support advocacy towards more informed future plans at higher levels.

Both these actions will link with several member partners of ACT Ubumbano and will involve church leader engagement in the approach.

What is ACT Ubumbano?: We are a network of Southern African and European organisations working for economic, gender and environmental justice.  ACT Ubumbano brings together about 30 southern partners (with a strong faith-based participation, but inclusive of others with no specific faith identity) and 3 ACT E8 European members (CA is a co-founder) – as an initiative of ACT Alliance members and other partners. The partners work on different themes and from local to global, but a priority has emerged of intersecting and connecting different justice struggles and amplifying community voice.

Gender Justice is a key component of this work, and a key strategy is around engaging faith leaders and GBV survivors, as well as focusing on women/girls as well as men/boys in different activities and taking their voice to decision makers. We look forward to exchanging with other countries to amplify and learn from each other, for example connections related to Side-by-Side or other similar connections engaging communities and recognizing the role of faith actors in advancing Gender Justice. 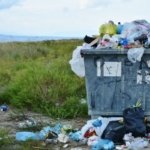 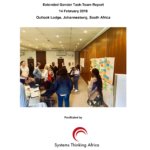