ACT Ubumbano is a network of Southern African and European organisations working for economic, gender and environmental justice. It does this through facilitating critical reflection on social justice practice, listening to the voices of those who are most affected by injustice, and supporting innovative and collaborative solidarity initiatives that address unjust power relations globally.

ACT Ubumbano sought the services of a consultant to facilitate its one day extended task team meeting as part of a process it has embarked on of setting up a Gender and Sexual Reproductive Health Rights (SRHR) task team. The task team is aimed at supporting the Alliance to develop a strategy and vision for gender justice for its collective work. It is also aimed at ensuring continuous support for meaningful partner and community led gender justice and SRHR initiatives with a key focus on intersectionality of gender, climate, and economic justice.

The extended task team meeting took place on the 14 February 2019 and it brought together participants from 6 different countries, namely Mozambique, South Africa, Swaziland, Sweden, United Kingdom and Zimbabwe, including members of the Gender Task-Team and nominated individuals. 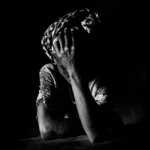 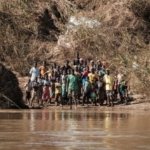