This story follows from last year’s article on Anglo Platinum Mine, now Siyanda Bakgatla, where we wrote about a billboard at the cemetery which stated “This Cemetery is Maintained by Anglo Platinum.”

We established that the mine had not maintained the cemetery until we took pictures and wrote a story on the state of the cemetery. The only time the village cemetery was kept was when the community hired and paid someone to do it.

At the meeting we agreed that the mine will reimburse the community for the expenses incurred. We are glad that the relations are good now; our expectation going forward is that we will not need to follow up to get the mine to do what they have committed to do. 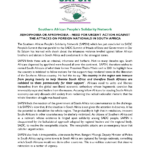 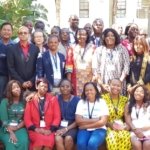