Drug abuse, commercial sex work, domestic violence and family disintegration are some of the social ills that remain embedded in most rural communities. Villagers residing in Arda Transau, a state owned farm turned residential area for people displaced by mining activities in Chiadzwa’s diamond fields have argued that these challenges are faced predominantly by women.

“These challenges date back to 2009 when villagers from Marange were displaced to pave way for large scale diamond mining. People’s rights were violated, they were relocated without adequate compensation and compensation procedures were not properly followed.” According to Chairman of Zimbabwe Diamonds and Allied Workers Union, Cosmas Sunguro

Sunguro further highlighted that the villagers, particularly women, in the resettled community felt disoriented, and traumatised by verbal, psychological and other types of abuse by the military who were actively involved in the forced displacement.

Some women residing in the area have raised concern over domestic violence and sexual harassment in their families attributing this to insufficient or lack of food to feed the family among other basic necessities. Most of the families relocated to Arda Transau from Chiadzwa diamond fields do not have income generating projects that can assist them to fend for their families. The rate of unemployment is estimated at around 95%, the community of Arda Transau has not been spared.

Speaking in her local language, Marry Kusena who resides in Arda Transau said, ”lack of livelihood projects to sustain their families has brought untold suffering in the community adding that the government and former mining companies who relocated them did not provide alternative livelihoods options for sustaining them.”

According to a survey conducted in Arda Transau by the Zimbabwe Diamonds and Allied Workers Union (ZIDAWU) in June this year, some of the women interviewed revealed that they are engaging in commercial sex work to earn a living. If given other alternative ways of survival, they confided that they would quit the trade. Women hardly have access to employment opportunities in the mining companies to be able to sustain their families.

In addition, most parents cannot afford to pay school fees and the burden often falls on the mothers who have to take manual jobs to secure school fees. The management at a local school in Arda Transau has also come under the spotlight for sending pupils back home for failure to settle tuition fees. This is in direct contravention of Section 75(1) of the Zimbabwe Constitution which notes that; every citizen and permanent resident of Zimbabwe has a right to a basic State funded education.

ZIDAWU argues that there is a need for continuous engagement with communities that depend on and are affected by extractivism while development partners and the government must ensure that mining companies honour their obligations. 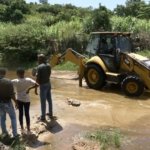 Arda Transau Relocation, A Tale of the Resource Curse
Scroll to top