Journeying in struggle – an introductory story about the Accompaniment Programme

“I was there in March 2019 during Cyclone Idai. People lost livelihoods, people lost homes, people lost dignity and they even lost their voices. To be honest, I was passionate about mining and extractives, but when the cyclone struck, I saw the reality of how women are disproportionately affected. And if we don’t take a stand, women will continue to suffer.”

The Women Network for Environmental and Climate Action (WONECA) emerged out of the devastation wreaked by cyclone Idai in March 2019. Its purpose was solidarity action for women in different parts of Zimbabwe. For founder member Juliet Gudhlanga, the cyclone highlighted how women are disproportionately affected by climate change, particularly in remote rural areas.

In some areas, aid was dropped by airplane because the communities had been completely cut off and rendered inaccessible. Because the men were physically stronger, they were able to access these packages more easily than women. Women who were single heads of households were particularly affected.

Existing public and humanitarian policies are gender blind and exclude women from planning and decision. This in turn leads to gender neutral financing, which is exclusionary as it doesn’t take into account the obstacles faced uniquely by women.

‘I noticed that the response was not gendered; it was gender neutral. And people assumed that men and women were affected in the same way. But because women play a nurturing role they have a reliance on water, on firewood and on land for survival.’

Whereas in the early days after the cyclone there was an influx of donors in ‘early response’, this soon fizzled out, leaving communities to face the rebuilding work on their own.

Placing women at the centre

WONECA began consultations with women and held discussions to find out what the effects of climate change were. They explored the awareness of women of the impact of climate change and found that most didn’t know about it, despite the fact that they had “indigenous knowledge systems that were already being harnessed to improve adaptation and build resilience”.

Women are often excluded from planning and governance because they do not have a high level of education. Yet they are the ones most directly impacted by water and land related matters.  If any women are in leadership positions, often this is tokenistic. Juliet says, ‘if there is funder visiting or something like that, they will put a woman and say she is in charge of the waterpoint committee, for example, but then you will find that the father-in- law is actually in charge’.

Understanding this, WONECA has approached climate change discussions with the specific intention of deciphering and demystifying it, using only local terms and experiences to highlight its importance,  and to unpack the knowledge of the women and men in the communities themselves. Many people have been affected but don’t have the words to describe it, so WONECA is trying to simplify it using local language. Discussions have looked at ‘what does resilience mean?’ and ‘what could early warning systems look like?’ and are aimed at unearthing traditional knowledge.

Through these workshops, the facilitators themselves have learnt about traditional methods of conserving water and protecting the environment. Most exciting is that people are beginning to remember and share knowledge about indigenous plants, which are proving to be more resilient to climate change.

WONECA is now mainly comprised of women action groups, the smallest being twenty women. These groups come together and share ideas around environmental protection and how to protect themselves against climate change.

In our own voices

As an alumnus of ACT Ubumbano’s digital training, WONECA was able to run a project to “harness post cyclone voices of women”. These workshops took the form of focus group discussions with traditional leaderships to conceptualise climate change, particularly since some traditional healers held that the climatic conditions were due, for example, to cultural rites having not been done properly. Additionally, through a partnership with Friedrich Ebert Stifting, they have been able to conduct resilience dialogues on national radio, reaching listenership of around two million.

In 2021, WONECA undertook a project aimed at strengthening the capacity of women-led community action groups and building women agency (including the disabled) for climate action, and is following those earlier consultations and discussions with the development of a community handbook.

This work has meant that people in communities have had their voices heard, and through the handbook their knowledge can be used to train others. The plan is to have an English and a Shona version. The idea that people can see their own stories in print fills Juliet with pride. It means that people can see the value of their knowledge, which reinforces indigenous and practicable actions. It is also a way of passing on knowledge and finding ways to take the power back and place it in the hands of women.

With the belief that, equipped with the right knowledge, communities can build resilience against climate change and improve their livelihoods, WONECA continues to raise awareness. Helping communities, especially women, unpack and value their own indigenous knowledge, WONECA has a vision to build climate resilient communities from grassroots level, and to see women conscientised about climate change and part of decision making locally and internationally. 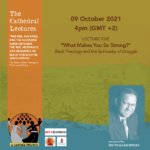 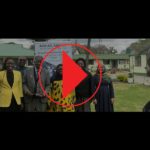