As part of the General Assembly in 2018, gender justice was affirmed as a key priority for the Alliance. To emphasise this, ACT members made a commitment to develop and adopt contextualised Gender Justice Policies for their organisations.

We recognize the need for an agreed consolidated policy framework to strengthen the member organisations’ internal structures on gender justice. To this end, the gender programme is working strategically to prioritise the process of members developing gender policies for their organisations. This is done by using the structures and capacity of the Regional Gender CoPs.

The process of Regional Roadmaps for Gender Policies is built to help members strengthen their capacity and progress on the goal of putting in place contextualised gender policies in their organisations. The process has been carried out through both methodological and financial support to the Regional Gender CoPs.

The relevance of having Contextualised Gender Justice Policies is that these are an important tool for gender justice in organisations to deliver work. Increased knowledge and capacity to develop policies and strategies is a crucial step for becoming a gender-just alliance.

However, for these policies to be a living document, which is proactively addressing the gender inequalities in our communities, we must ensure that these contexts speak from the contexts in which you work, using the language and cultural reference points, for them to be owned at every level.

We believe that faith communities and faith actors are crucial to work on gender justice. Therefore, it is fundamental the engagement of all ACT members in this process launched here today. I call upon the leadership of ACT members to actively engage, and support those involved directly in this process. It is a visionary leadership decision to have gender just organizations. It is more than tick a box. It is about JUSTICE and walking the talk as we want an alliance that is progressive, prophetic and being transformative of unjust structures. Faith Based Organizations and Churches can lead the Road to Equality. It takes a political decision to be coherent and bold toward gender just organizations and societies

We affirm that  gender justice can be achieved if people of faith work together to transform relationships and structures to be inclusive and just.

As leaders within our respective organizations, we affirm that gender justice can only be achieved if people of faith work together to transform relationships and structures to be inclusive and just.

I pledge today, as the ACT General Secretary, my commitment to the gender justice policy process. I invite you to do the same

Civic Space after the COVID-19 Pandemic 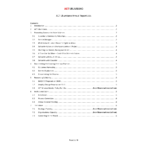